Baking a 2007 MacBook Pro's Logic Board

Anyway, I received a 2007 MacBook Pro 17” with a bad GPU. Sleep light comes on, no chime, etc. A somewhat common problem among the early MacBook Pro 3,1/4,1 and, the MacBook Pro 8,2, the GPU would desolder itself from the board. No, the GPU wouldn’t physically plop out. Enough solder joints (thanks lead-free) would weaken and disconnect to cause the issue.

The photo above is a simple diagram explaining basic BGA soldering. Those balls are what we are remelting (inside of the oven) to allow a firm connection to be made.

Anyway, I disassembled the MacBook Pro using iFixit’s Logic Board Replacement guide, and began the process of baking. I wouldn’t consider this too outlandish, just because it does work, but it isn’t permanent. An butthurt friend did this and still plays video games on it (Battlefield, and other taxing games) and it happened again relatively quick. If you keep it from becoming stupid hot, you’ll be fine. Mine idles at 28 degrees Celsius. Anyway, back to baking. I put my board on a tray, on four tin foil balls. 400 degrees Fahrenheit for 10 minutes.

What I should’ve done (from a friend):

But I didn’t, and thankfully, it turned out ok.

As you can see, there is a bit of board flex. Whoops. Make sure you put a piece of foil under that corner. 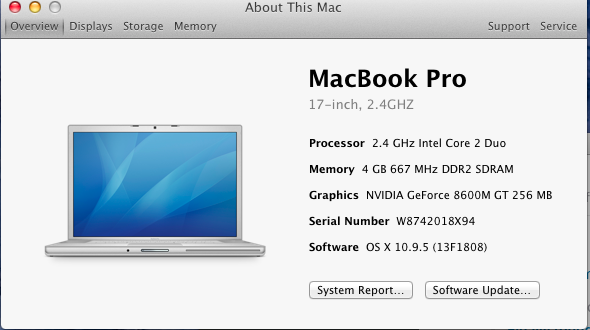 Hope this helps someone!