PATA SSDs for PowerPC on the Cheap

When dealing with older equipment, one might have to do a hard drive replacement. It is becoming more and more common, as hard drives fail and cease to become writable, or worse-case scenario: readable. The entire PowerBook and iBook line uses a PATA connector to interface with physical storage devices, and then uses an ATA66 or ATA100 bus to manage data transfer.

Unfortunately, PATA drives are becoming more and more scarce, and are usually much slower than modern drives. Enter the SSD. Now, SSDs aren’t exactly new technology. Flash storage. has been around for quite a while, but its gaining speed and popularity. Only one problem: most SSDs are SATA. Sure, you could get a PATA SSD, but you would be shelling out major bucks for a small amount of space, and it is nowhere near as fast as modern SSDs. For a while, the typical solution would be to buy an mSATA SSD (or mPCIE) and buy the appropriate adaptor. However, you run into one problem: most mSATA SSDs aren’t backed by quality names, they can be slower, and dodgy. Plus, they are usually a bit pricier than a regular SSD.

I found this: the ‘hot adaptor’, and bought it, thinking if it didn’t work, I’d just use in in an X41. The not-so-average reader may have noticed this, but this will make the drive too long. However, in some modern SSDs, the board with the flash storage interface, doesn’t span the whole space available inside of the casing. Simply remove the case, and you are off to the races. I can only attest that this works in an 867MHz TiBook, but I imagine you could easily get this working on other Apple portables. 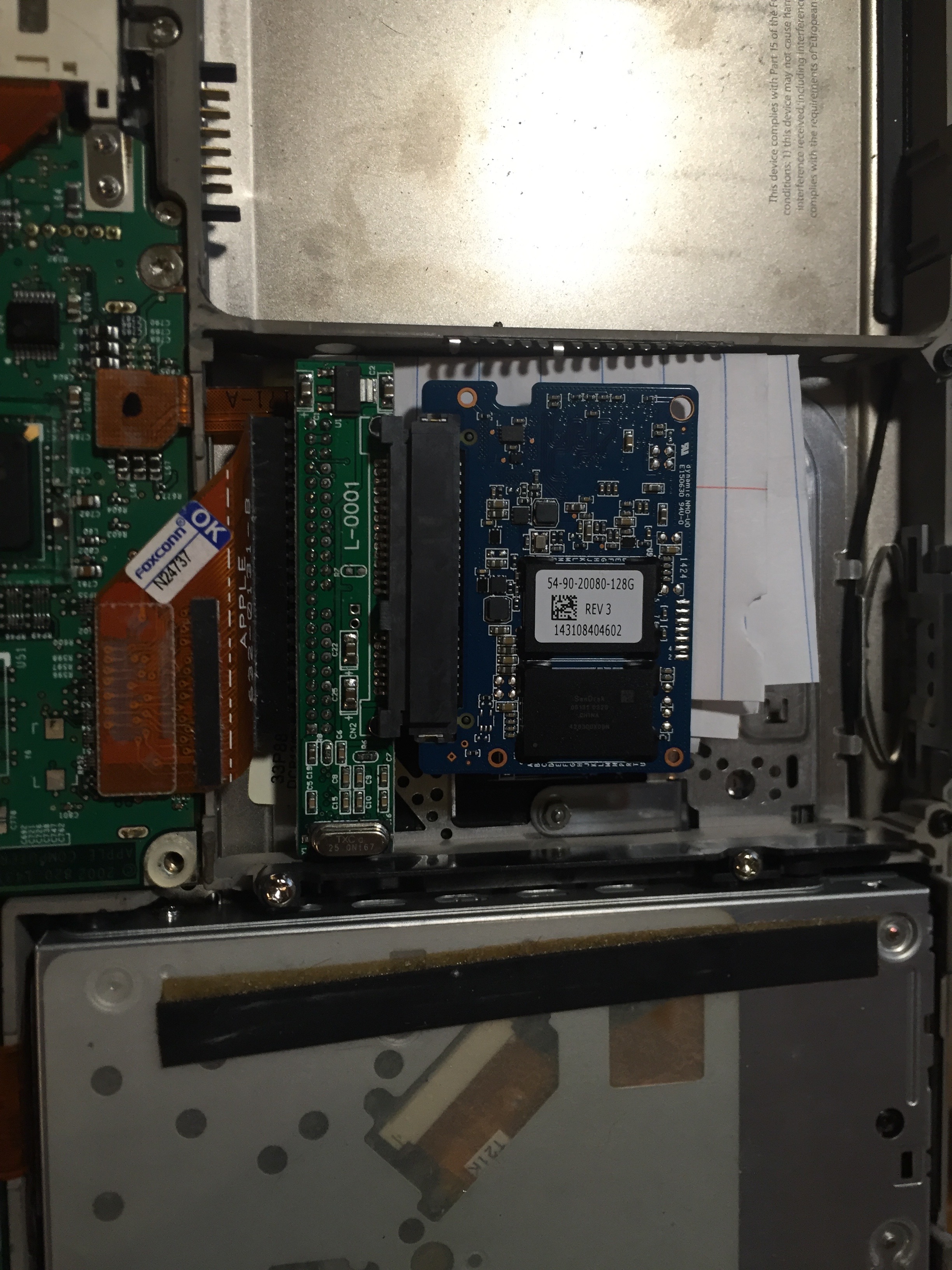 The SSD, plus adapter. 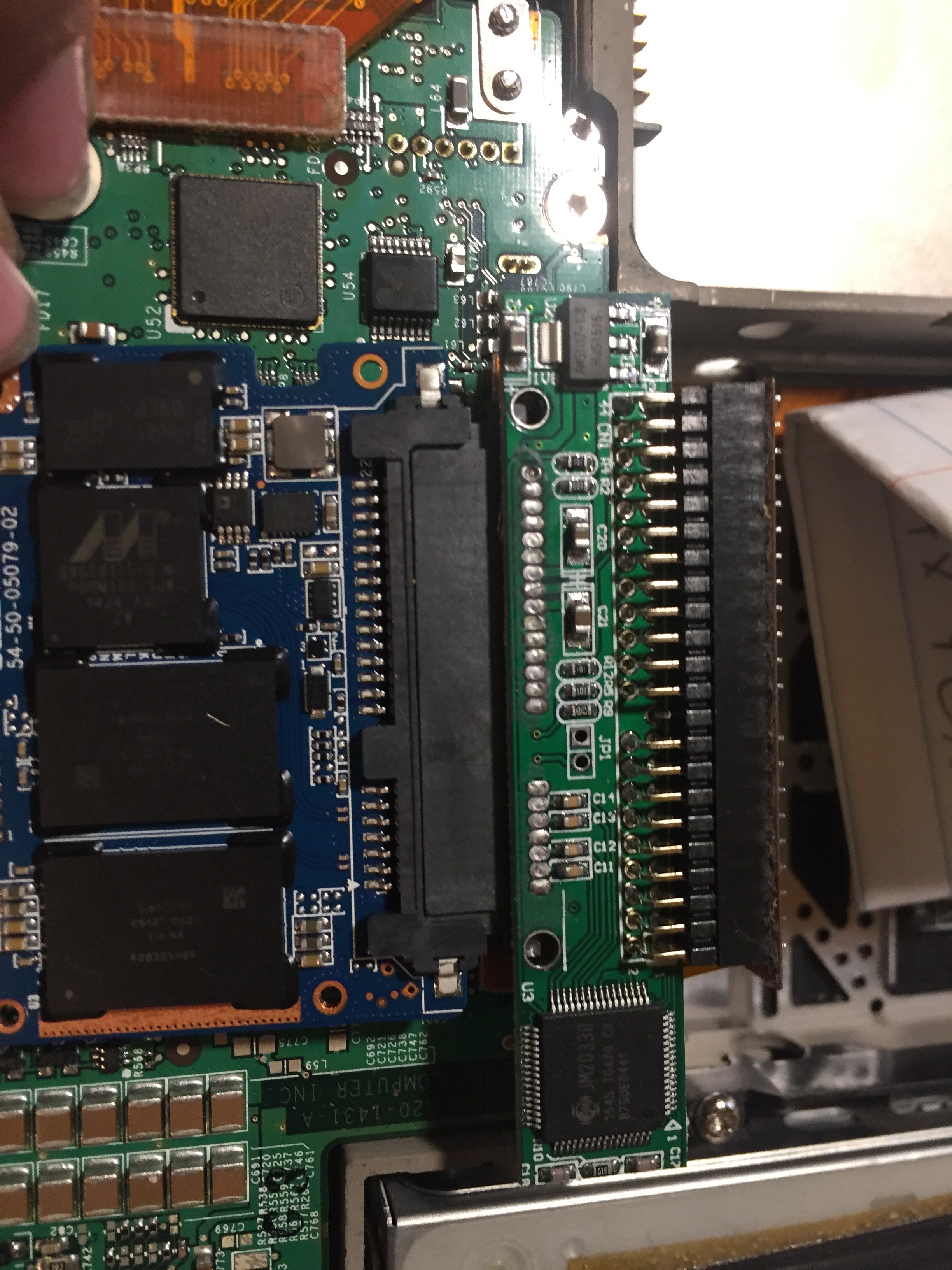